In Chinese culture, the Spring Festival – most commonly known as Chinese New Year, is an important celebration. It is one of the most celebrated festivals in the world, a time for families to honor their ancestors and prepare their homes to invite good luck in the coming year. For our team, it’s quality time to spend with each other and with extended families located an ocean away.

2018 is the Year of the Dog. As you’d guess, people born in dog years (2006, 1994, 1982, 1970, 1958, 1946) are unwaveringly loyal. Dogs are the truest friends and most reliable partner. If you work with a dog, keep an eye on them! Dogs like to constantly be busy, which can lead to stress, and in extreme cases, hysteria. One thing dogs can do to try to ward off bad luck is adhere to the Chinese tradition of wearing red underwear every day during their zodiac year. Working closely with STG Design, PRISM just completed more than a dozen renderings for Foshan New Century Women’s and Children’s Hospital in Foshan City, China, in the rapidly growing Guangdong Province. Another part of PRISM’s work on the project was translation and client management, which involved traveling to Foshan with the STG team and meeting with the owner and key users.

New Century International Healthcare System was established in Beijing as China’s first private children’s hospital developer group about 15 years ago. Since then, it has expanded into six of China’s most populous cities. Since the government relaxed the country’s one-child policy in 2015, the need for quality maternal and newborn healthcare has grown considerably. China is also at the forefront of a relatively new trend, VIP/extended stay luxury suites for new moms preferring to stay in the hospital longer after giving birth.

The design of the New Century Women’s and Children’s Hospital reflects the dual nature of the hospital’s mission, focusing on mothers and on children. Two towers are seated over a 3-story clinical and operational podium. The 8-story tower houses women’s patient rooms, a 4-story tower is for children’s rooms. There are 137 beds in total, four clinics, NICU, Pharmacy, full radiological services, operating suite, and a hotel-like amenity floor with lounges, private dining, fitness center, beauty services, full spa and a private roof garden. Plazas and sunken landscaped courtyards surround the hospital and several roof gardens top it, reflecting the city’s reputation as a “Garden City”. Construction is scheduled to begin this year and be completed in early 2021. 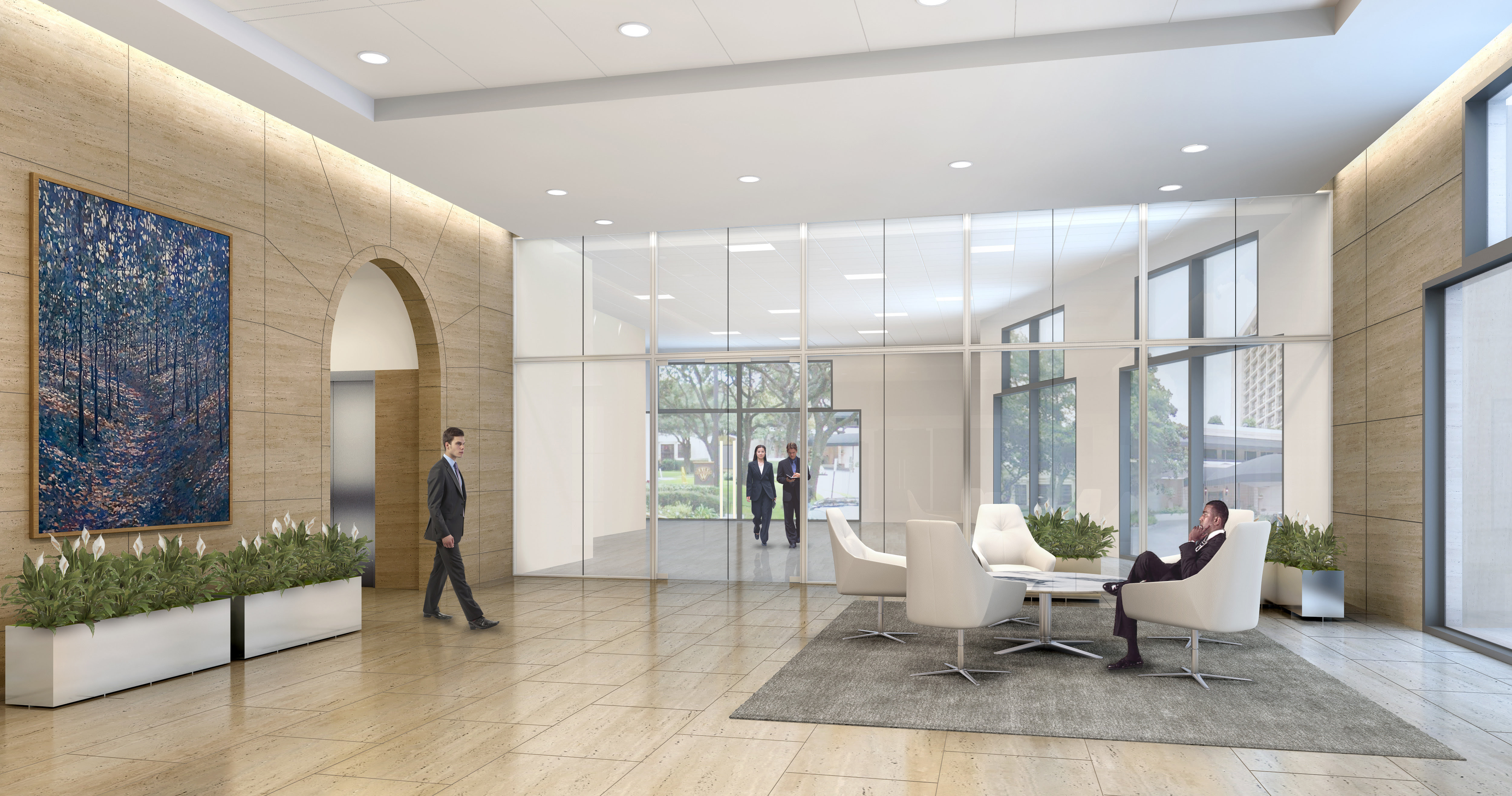 The departure of Amegy Bank from Five Post Oak Park was the perfect opportunity for Shorenstein Properties to update the stately Galleria tower. Kendall Heaton Associates, under the direction of Principal and interiors director Jory Alexander, designed the interior renovations to be a seamless transition from the iconic travertine spandrels that frame the exterior entrances. The $5 million investment includes a completely remodeled lobby, a new 4,000 s.f. conference center with kitchenette on the second floor, and a new 3,000 s.f. fitness center and locker rooms on the first floor.